The setup needs to be able to scale better than it is capable of currently. Right now the http1 and http2 are defined as two services instead of the same service with two replicas. Also the build process is a bit slow, primarily because it needs to compile php for every build. I did not succeed with this part, but I did learn a lot about the docker build cache. More about that later. I also managed to fix a few other things that bothered me. Like the php file upload limit, and updating wordpress since v4.9.1 was released since my previous deployment.

END_OF_DOCUMENT_TOKEN_TO_BE_REPLACED

I think that giving readers a possibility to comment on articles allow for a more dynamic discussion. But I have never really liked the native commenting system in wordpress. So I looked at other systems.

END_OF_DOCUMENT_TOKEN_TO_BE_REPLACED

By combining the power of docker and python I can create an analytics platform that will always run and is not dependent on the versions of python or anything other I run on my laptop.

I will show how easy it is to setup jupyter notebooks and use them for analytics. And how easy it is to publish an analysis to this blog. Docker gives me at least two benefits, 1. I can be sure that when I start my docker image the analysis will always run because docker makes sure the versions of all the software are the same. 2. If my laptop is not enough to run an analysis I can deploy the same docker image to a much more power full computer in a cloud.

END_OF_DOCUMENT_TOKEN_TO_BE_REPLACED

This part ended up being a lot more involved and much longer than I expected. In this part my goal was to make the production deployment process smoother, make it easier to do development on the setup and prepare it to be more redundant.

Before I started, the production deploy process was to connect my IDE(phpstorm), with it’s docker-compose integration, to my remote docker and run a “docker-compose up”. This workflow has some drawbacks

Much of this part are to prepare the setup to solve the challenges above. I did not manage to solve all of the problems up front, which disappointed me a bit, but it will be solved in later parts.

END_OF_DOCUMENT_TOKEN_TO_BE_REPLACED

My day-job is developing and managing websites and e-commerce platforms, so I know the importance of stability and scalability on web platforms and technology in general. This is also true when working with my personal projects. For some time I have wanted to push my projects to the cloud so I can more easily utilize the scalability there. Also I only have a laptop, and I don’t want a desktop computer to take space, collect dust and consume power. Hardware also gets old and needs to be maintained. All those worries I would like to skip.

My goal is to setup a platform that will do a few things for me:

Lofty goals but I hope to setup a platform that will service me for many years.

END_OF_DOCUMENT_TOKEN_TO_BE_REPLACED 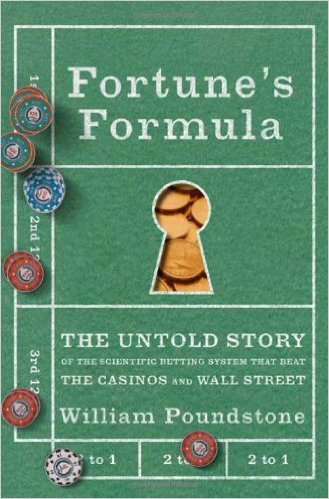 I really enjoyed reading this book. It has a great blend between storytelling, facts and drama. Many of the ideas presented makes you want to try it out or research further.